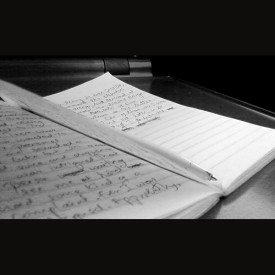 Starting from the global economic crisis of 2008, the European Union has been facing a number of crises: the Greek financial crisis, the Ukraine crisis, the recent refugee crisis.  The wide divergences between Europe and UK on the suitable strategies to deal with these crucial issues led to the question as to whether Britain would be better within or outside the EU. In particular, the UK has been concerned about European measures that have a significant impact on the internal political and social order: the furthering of the economic integration process; the possible reform of the EU institutional decision-making process and the role of national parliaments; the chaos outside the EU’s external borders, and, more generally; the lack of democratic procedures and accountability.

In the light of the UK’s vote to leave Europe, an issue that should be prioritised in the forthcoming negotiations is the impact of this decision on health and social care. In this short article I will try to answer to a question of crucial importance within the political debate: will the NHS be helped or hindered by the Brexit? Leave supporters argue that leaving the EU will allow the UK to spend more money on national priorities, such as the NHS. This spending autonomy – they claim – will result in outstanding positive effects on the quality of health services. By contrast, Remain supporters claimed that NHS would be hit by the effect of Brexit on the whole economy.

Any conclusion is far to be properly reliable in the absence of information concerning agreements that may be reached between the UK and the EU in the aftermath. Nevertheless, we can detect some possible scenarios of the Brexit impact on the NHS, by looking at the role of the European Union in the field of health.

First of all, as long as health policies are concerned, the EU has always had a trivial role compared to Member States. When dealing with healthcare regulation, the Treaty provides a so-called sector-specific subsidiarity clause (Art. 168(7) TFEU). Moreover, the primary role of Member States in healthcare regulation has been confirmed by the Charter of Fundamental Rights, which provides the right of everyone to access to medical treatment under the conditions established by national laws and practices (Art. 35). Therefore the Brexit scenario won’t affect the organization of healthcare in UK.

Despite the national exclusive competence, the EU has payed increasing attention to fundamental features of Member States’ health systems. For instance, the Commission clearly affirmed that all systems shall remain firmly rooted in principles and values such as universality, accessibility, equity and solidarity (COM(2014)215 final). In the light of the economic pressures that are challenging national health systems, the Commission has encouraged Member States to enhance efficiency while keeping healthcare services publicly funded and an integrated healthcare delivery. The British NHS has pursued these objectives so far. Nevertheless the EU would ensure a further control on Member States’ future actions in the field of health. Moreover, a larger amount of money to invest – as argued by Leave supporters – won’t be sufficient to solve the NHS budgetary crisis. To face this problem, the Commission recently launched a project aimed at guiding and monitoring national reforms in the healthcare sector (COM(2016)127 final). The main goals would be to enhance efficiency throughout structural reforms, reducing inequalities and improve the quality of health services.

On the other hand, the economic and political uncertainty coming from Brexit will reverberate in health and social care. According to the economic literature, the ability to fund the NHS is intrinsically linked to the country’s economic success. The Brexit is likely to involve a national budget emergency which will entail rising taxes and cuts in public spending. In the most pessimistic scenario, the exit from the European Single Market will result in higher tariffs on imports, higher non-tariffs barriers to trade arising from regulations and borders controls, less trading between UK and Europe, lower foreign investment. This situation will affect negatively both productivity and incomes. As regard the VoteLeave’s argument about lower contributions to EU budget, two aspects shall be pointed out: first, the UK could continue to contribute to the EU budget, depending on future negotiations (i.e. if the UK will follow the Norway’s model). Second, the lower trade deriving from reduced integration with EU countries is likely to cost the UK economy far more than is gained from lower contributions to the EU budget.

As concern the Brexit’s effects on healthcare industry, the UK will face several disadvantages: the loss of investment in achieving regulatory harmonization for drug development under the European Medicines Agency (EMA); the cost and instability deriving from the need to repeal or amend the current regulatory regime; the loss of the convenience of the EU’s Unitary Patent System; the loss of an important source of funding for scientific research. As pointed out by the literature, Brexit could be a disaster for British science (Lechler 2016; Mossialos et al 2016; Ghosh 2016). In particular, the scientific research for the development of pharmaceutical products is characterized by a dramatic high risk. The chances that clinical trials will fail and the entire investment will be lost vary from 30-35%, depending on the phase of research. For this reason raising funds in the initial phases of clinical research (when drugs pass from basic science into pre-clinical animal studies and “proof of concept” studies) can be particularly difficult. Governmental and philanthropic entities are thus especially important at this stage. These entities received European funds in order to invest in activities that are perceived as a mission of public interest. By contrast, countries that cannot rely on European funds have already showed difficulties in clinical research productivity compared to their European competitors. Furthermore, a meaningful British government intervention is unlikely to occur in the light of the NHS’s well-known budgetary crisis. Therefore it is unclear where or even whether the research funding gap might be made up.

More importantly, the industry will loose the benefit of regulatory coherence. Even assuming that researchers’ ability to move and work across state borders would be unaffected by the UK’s departure from the EU, in a scenario in which co-development arrangements involve sharing clinical data and even laboratory space among operators based in different member states, the benefits of uniform regulation under the EMA is important.

In the light of this briefly described situation, the Britain’s exit from the European Community would have a dramatic impact on both private and public interests in the healthcare sector. Private operators in the healthcare industry will face disadvantages from fragmented regulation and administrative burdens. Patients will be hindered by the lack of resources for scientific research and by the abolition of the Directive on patients’ rights (Directive 2011/24/EU).