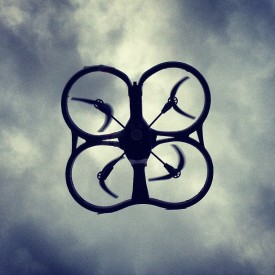 My work addresses a subject which is known and dealt with all over the world: law applicable to commercial companies whose shareholdings are owned by the State. It focuses, in particular, on the application of the criminal provisions of the Italian penal code regarding crimes that can be committed only by public officials or persons in charge of a public service, analysing if intra-corporate staff can be included in the range of one of these figures.

State-owned companies have been one of the most important instruments used by the Government to play its role in the economic life of our Country: since the second half of the XIX century the lack of private capitals highlighted the need for public funds to be injected in the system to build infrastructures and provide services to the new Italian citizens; for a long period the executive used “public economic entities” (bodies included in the administrations, even if autonomous) to proceed with these activities. During the Nineties the commercial company form has instead become more common due to the privatization and liberalization policies carried out by the Governments (under the impetus of the European Union) to reduce public spending, pursue efficiency and economy of State intervention and promote free competition in and for markets; and the number of public owned companies raised during the years, reaching the huge amount of 7,700 corporates (according to the 2014 data given by the Ministry of Economics).

The reasons of this success may be found in the “comfortable outfit” given by this juridical form to public agents, being these companies covered by the common commercial law (so, in the Italian framework, by the rules of the fifth book of the Civil Code). These features grant freedom of movement both in the internal organization and in the relationships with market operators by freeing the public entity from the burdens of its nature: pieces of legislation regarding, as example, public tenders, transparency requirements, rules and procedures of administrative action, typical public controls and public sector specific crimes should, in theory, not be applicable to the company, which remains private despite the public nature of its owner. This reasoning, absolutely correct under a formalistic approach, raised an immediate objection: following this concept, it should be possible for any public body to avoid any check or restraint simply by delegating functions to external corporates, even if they remain under the control of the same body thanks to the rights and powers connected to a 100% shareholding.

Scholarship and Courts started looking for a solution, using substantial or functional criteria to extend the specific legislation provided for public entities to this special kind of bodies in specific sectors, on a case-by-case approach.

One of the most relevant fields in which this “re-qualification” process has been applied is the one of the so called “public administration crimes”: the ones in which a peculiar capacity, the quality of public official or public service provider, is needed to fulfil the requirements of the actus reus, the objective element of a crime; in other words, to express the proper extent of the offence necessary to reach the criminal liability threshold it is necessary that the offender has acted “in colour of authority” in addition to the proof of all the elements of the action. If none of these two qualities exists the conduct does not constitute a crime, or it gives rise to a (far) less important one, in the absence of a damage suffered directly by the State.

In the Italian Penal Code there are two provisions defining what a public officer (art. 357) and a public service provider (art. 358) are. Without going into technical details, these definitions are both based on the fundamental concept that the formal link that a subject has with the administration is not relevant. It is only important that the activity that, in practice, he carries on is public in nature; and so it is possible that a formally private subject, in charge of exercising public functions, commits these crimes.

The problem is that these provisions are, according to the opinion of the majority of the scholarship, two of the worst written and complex of the entire code due to the multiple elements they require. And it has soon been clear, especially to Prosecutors and Courts, that there was a need for simplification, at least for the most boarder-line phenomena of the administrative action, to avoid the risk of a complete absence of liability for people operating in the organizational chart of State-owned companies; this approach brought to the introduction in the sector of a raising volume of judge-made law, awkwardly disguised as interpretation of the will of the legislator, which enlarged the area of these crimes highlighting the supposed public nature of these corporates, the public nature of the funds used to finance the activity of these enterprises, the interest the subject is in charge to pursue, the link with other activities of proven public nature. However, with the intent of finding new perspectives they forgot the only criterion that criminal law expressly established, the nature of the activity, and failed to appreciate that “judicial transformations” to every legal effect imply compliance costs on the public company that are not beared by their private competitors, modifying the competition balance.

The present situation is critical as it is manifestly contrary to the principle of legality (the cornerstone of criminal systems) in a double perspective: first it is not in line with the basic requirements of the principle as intended by the civil law systems, because criminal liability no longer seems to depend on an express and clear provision interpreted according to the favor rei principle in cases of doubt; second, and maybe even more important, it is not in line with the rule of law as defined by the European Court of Human Rights due to the absence of foreseeability and certainty in the application of the law.

The aim of this work can be divided in two phases: first, to demonstrate that different approaches are possible in regard to the present definitions given in the Penal Code and to the general problem of the juridical nature and law applicable to State-owned companies; second, to suggest amendments to the legal provisions and general policies in order to increase certainty and compliance with international standards.

The qualifications of the penal code should be interpreted more strictly, focusing on the few clear elements given and highlighting the aim of the legislator, which is the one of providing a special protection to the public interests of impartiality and sound administration; the qualifications should so be embodied only to persons operating on an higher level than the private operators, in force of special legal or administrative acts adopted as a derogation to the principles of competition which grant special powers and prerogatives. All these elements should next be verified on a case-by-case approach by the judge, avoiding the automatic switch from the assumed public nature of the company to the public nature of the single prerogatives belonging to the prosecuted person.

The nature and legal regime of State-owned enterprises should be verified on a case-by-case approach, too: judgements which qualify companies as public entities despite their commercial juridical form using functional criteria, and then inferring the automatic application of all the provisions regarding public bodies, should be avoided. Each time there is the need to apply a specific provision to a commercial company whose shareholding is owned by the State the Courts should instead verify if the activity carried on by the corporation can be seen as an enterprise activity in competition with other market operators; or, instead, if it must be considered as an administrative function pursued with commercial instruments with the only will to avoid the application of public legal framework. Only in this last case the application of that provision should be allowed.

The work can be divided in three main parts: an objective analysis of the present legal framework; a destructive part, with critics to the current conclusions; a constructive part, in which new solutions are presented.

I think the inevitable starting point for any kind of analysis in a civil law juridical system should be the legal framework: laws, acts, statutes, regulations and even official reports accompanying these acts must be taken into account and analysed in the first step of a research; and this is an even more important consideration in a study whose path involves criminal law, as in this branch the Italian Constitution (like many others) prescribes an absolute statutory reservation. A key-role at this step is of course played by the scholarship as first, abstract interpreter of the will of law.

The second step of my reasoning will nonetheless take into consideration several decisions by administrative and ordinary Tribunals and Courts, as an automatic reflection of the raising importance of these kind of “sources” in the legal framework of our Country. It is clear that no legislator can regulate every possible case human life may present, and civil law thinkers have always known it: so it is physiological to delegate to judges the interpretation of provisions before their application, even if they are clear and easily comprehensible. As we move to a pathological situation, in which norms are obscure and vague, jurisprudence’s intervention raises in terms of numbers, importance and relevance, leading to the construction of provisions inside the provisions that become necessary for every operator: in this context, focusing on the role played by the Corte di Cassazione, whose main competence (known, with an untranslatable term, as funzione nomofilattica), is granting the uniform application and interpretation of the law throughout the Country, the difference between law in the books and law in action is put under a spotlight; no analysis could be considered sufficient if it fails to consider what has become, during the years, as important as the voice of the legislator itself.

Before reaching the constructive part of the reasoning it is also necessary, in my opinion, to analyse these themes following a comparative approach: examining the main features of foreign legal systems and the addresses of international organizations is a vital working method for the modern lawyer, continuously stimulated by a raising (although cautious) globalization of law and by the constant relations between legal systems. I find necessary, in particular, to analyse the different solutions which have been adopted, to find pros and cons of such policies, to understand why they’ve been successful or unsuccessful and try to foresee the results of a transplant in the Italian system. I will study, in particular, the legislative choices made (and their application) by France (as representative of civil law Countries), United Kingdom (as common law system), Portugal (for the high specific and modern approach to the subject), the Organization for Economic Co-operation and Development (Oecd) and the United Nations (Un) (as promoters of two of the most important Anti-Bribery Conventions).