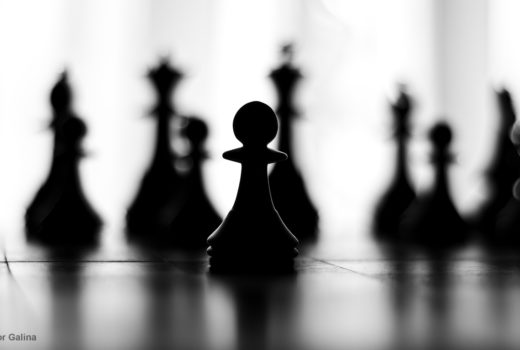 The objective of this short note is to take into account the work that the European Securities and Markets Authority (ESMA; the Authority) has done in an often overlooked field: international cooperation for financial regulation.1

The sector at hand does not pivot on treaties, whose process of draft and ratification would result cumbersome and not in line with the necessities of the markets and, in the case at hand, of national authorities, by definition dynamic and fast-paced.

The core of this field of international cooperation is to be found in the Memoranda of Understanding (MOUs) that the competent entities conclude, without the burden of a legislative negotiation or government approval. The reduced binding strength of such agreements seems well balanced by their time-efficiency and the expected straightforward compliance, considering the common interests of the parties.2

As far as the research for this paper was able to reach ESMA has is part to twelve MOUs as negotiator and signatory and has negotiated a relevant set of MOUs on behalf of EU/EEA regulators. One additional subject of analysis will be the Statement of Protocols concluded with the IFRS Foundation, another non-binding agreement which was deemed substantially akin to the MOUs for its scope and position in the toolbox of the Authority.3

The structure of these agreement is obviously related to ESMA’s competences and, although counterintuitively, the most important one seems that where the Authority has the lesser relevance in the perspective of regulation. Before developing this issue it is of help to briefly outline the characteristics of the agreements ESMA has entered in.

MOUs, why and how?

Memoranda of Understanding, as mentioned, are a flexible instrument to enhance cooperation and to set out guidelines for the conduct of peer institutions. In general, it is to be noted that there are two subjects the MOUs object of the analysis are about: Credit Rating Agencies (CRA) and Alternative Investment Fund Managers. The former are MOUs negotiated and signed by ESMA: as such, credit rating has been the first field of direct involvement for ESMA. For what regards the latter instead, the only mention of ESMA’s negotiating role in the 2011 AIFM Directive is Preamble (74), stating that “ESMA should also have a facilitating role in the negotiation and conclusion of the cooperation arrangements. For example, ESMA should be able to use its facilitating role by providing for a standard format for such cooperation arrangements.”4

Additionally, the counterparties of the abovementioned MOUs are other public entities members of the International Organization of Security Commissions (IOSCO), a relevant platform for the Authority, which is both an Associate Member and a Member of the Board.5 All the MOUs concerning CRAs are developed in order to ensure cooperation in three key contexts under the umbrella of cooperation and consultation: information sharing, streamlined procedures for the recognition and authorization of cross-border rating agencies, and enforcement. These three main areas are declined in several procedures and general provisions, such as an annual meeting or a formal request for breach enforcement procedure. The content of different MOUs varies slightly but generally adheres to the structure of the draft Memorandum developed within IOSCO.6

What appears key when analysing such agreements is the fact that it is on one hand an opportunity to test the Authority’s international weight and on the other, in a virtuous cycle, the more weight ESMA has, the more pressure it can exert upon its counterparties in order to align the frameworks of regulation and, finally, negotiate the MOUs at hand.7

When evaluating the mentioned Memoranda, ESMA’s role and effort emerge as key in two contexts of regulation: on the one hand, the Authority has a ‘place at the table’ where the draft standards for MOUs are developed and sits there as representative of the Union and Member States; on the other, in a different light, it is a direct actor on the scene of negotiation as can be seen from the different outcomes in different agreements mentioned above.

Negotiation in the liquid framework of the AIFMD, although clearly upon a nudge from Member States, seem to fit perfectly in the track of the latter aspect. When considering negotiation, the value of competences is at risk of undervaluation;8 as such the Authority seems to have built up a task force both on a competency side and on a negotiation one; this could be seen as the reason why ESMA has been tasked with representing all Member States in the attempt to guarantee greater contractual weight and native harmonization in the international framework.

In this sense, a perspective can be taken from which ESMA takes on a role of enhanced supervision, amplifying its relevance by becoming the positive bottleneck for European regulation in the context of international cooperation.

ESMA has been tasked with a wide array of competences in the European context and finds itself at the intersection of coordination, regulation, and supervision. This setting seems to ensure a privileged take on financial regulation issues. Understandably, counter to such pressure, Member States and national authorities are not eager to let go of their share of relevance on the international scene. Nevertheless, having tested the Authority in the two described contexts could lead to a more efficient choice on both parts, given that ESMA remains subject to the limits of any other EU agency. A new ‘balance of powers’ could be struck, whereby the Authority remains the preferred negotiator for the Union’s national authorities for the reasons above described, whilst national authorities retain a checking power by which they remain the sole parties of the agreements the Authority negotiates.