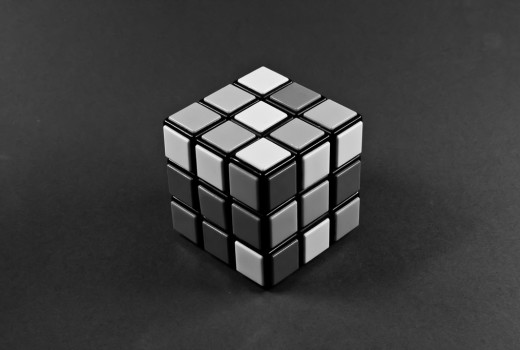 When confronted with the relatively recent European Securities and Markets Authority several questions arise for the legal scholar: which are its structure, governance, and relationship with central EU political bodies? how is ESMA influenced by the fundamental Meroni doctrine of the ECJ? Which degree of independence and powers does it actually enjoy?

The objective of this note is to briefly answer these question by giving an overview of the ESMA Regulation and the related doctrine.1

The first element to take into consideration is the structure of the Authority: as such, ESMA is not designated as an agency of the EU but as a ‘Union body with legal personality’.2 At the very same time the Authority appears as a de facto agency to the extent that it mimics various features typical of European agencies: in the first place ESMA has legal personality and a relevant degree of independence, additionally, it is established under secondary EU law and its central function is to strengthen the European rule-making process the technical expertise it is provided with.3 Whilst these elements do approximate ESMA4 to other EU agencies a focal difference arises as we look into its power to propose BTSs (Binding technical standards) and the ‘comply or explain’ mechanism with its related activities: these two elements strongly reinforce the value of guidelines and recommendations that ESMA adopts, although they are formally not binding it is evident how they contribute to the role of the Authority as a rule-maker, sensibly more than for a ‘classic agency’. Even though we do consider the ESAs, and more specifically ESMA, as a relevant innovation when compared to other EU agencies, it is beyond doubt that the Meroni constraint to the discretionary exercise of delegated powers applies, and is possibly more when applied to the Authority.5

For what regards the structure of the Authority, art. 6 of the ESMA Regulation defines its components; the Board of Supervisors being the decision-making body which conveys both scientific and political interests. Similarly to agencies, the Board features the European Commission, whose presence is fundamental in order to steer the work of any EU body: directly, if we consider the voting right upon the Authority’s budget; indirectly, if we look at the network and suasion instruments it uses. Remaining in the realm of ESMA’s structure, the SMSG (Securities and Markets Stakeholder Group) is certainly noteworthy as a platform to facilitate collaboration with stakeholders by consulting and questioning, as provided for by art. 37 of the Regulation. Finally, adding to the Management Board, Chairperson, and Executive Director, it is interesting to mention the Board of Appeal: the Board is common to the three ESAs and has the power to review their decisions upon request by affected parties.6 The accountability system put in place for the Authority appears to be homogeneous to that of agencies: being it on the one hand formally accountable to the Parliament and Council and on the other subject to budgetary controls and the ECJ review power. Last but not least, a form of accountability is undoubtedly that of the mentioned SMSG and more in general the consultation requirements the Authority is subject to.

In analysing the array of Administrative elements characterizing ESMA, independence becomes central, critical when linked to the Meroni constraints. The Authority, under art. 1.6 is ‘to act independently and objectively and in the interest of the Union alone’ and its roles are guaranteed independence in the very same way.7 Additionally, the funding structure, being partially deriving from the Commission’s budget and partially from Member States appears designed to reinforce its independence. A very relevant aspect is that of the self-financing of the Authority which, although to date limited to the fees paid by credit rating agencies, could in the future contribute to the independence argument. All this being said, fallacies in this structure cannot be ignored.

The Commission, as for most cases, is the main responsible for the debate upon the actual independence of the Authority. Not only, as mentioned above, the Commission is represented (without vote power) on ESMA’s Boards and it is involved in the mechanism of BTSs endorsement, it is also the main responsible for the negotiation of its budget and staffing with the Council and Parliament, inevitably capable of exerting relevant pressure. It should be additionally noted that ESMA’s independence is at risk when viewed with regard to the Boards and Chairperson appointment, on which the Parliament has a say, and, even more sensitively, with regards to the dynamics of decision-making. In fact, the core of the Authority, the Board of Supervisors, has a marked intergovernmental structure which could be ‘captured’ by national interests, undermining its independence. However this structure is to be deemed politically necessary due to the position and role of the Authority, otherwise at risk of not being even formed.

The mentioned structure appears to reflect adherence to the Meroni constraints and accountability requirements for the category of EU agencies which, considering the above analysis, ESMA quite reasonably falls into.

Resuming the issue of independence, it is noteworthy to consider that the Authority, in its first Annual Report (2011), decided to indicate six characters which double as guide for its work and objectives: European, independent, co-operative, accountable, professional, effective. An extensive argument could be made based on these characteristics but, in our case, it seems important to further analyse the first two. Being ‘European’ (therefore implicitly supranational) and ‘independent’ seem to clash with the strong intergovernmental components, not only found in the Board of Supervisors mentioned above, but also in the Standing Committees, the organs through which ESMA works, which are chaired and partly staffed by the national authorities (such as Consob, Amf, and Bafin), usually involved, through their staff, in specific groups, task forces, and panels, showing a strong dependence of the Authority on such resources. At the same time these organs adopt decisions with qualified majority, a topos of intergovernmental settings8 which might add to the ‘bubble’ of the Authority, at risk of bursting in an inefficient and ineffective platform for advancing national interests. Luckily this is one of the cases where the scepticism of a jurist regarding the empirical application of norms and concepts is trumped: taking into account the substantive number of advice, decisions and BTSs proposed in the years since its foundation, adding to these the key work ESMA has done regarding Credit Rating Agencies monitoring, investor protection, market abuse and the post-trading and OTC sectors it seems that national interests have, for once, been put aside for the sake of the Union and the market. Be it thanks to a broad consensus upon the implemented provisions, their high technical quality or a strong internal leadership in the Authority is unclear to date; certainly future developments of the ESAs and the single financial market will be of use in further assessments.

(1) References to wider and deeper analyses include, but are not limited to:

(5) The Meroni Case and the doctrine it gives name to is pivotal for the development of Administrative Law in the Union; see Meroni v High Authority, Case (9/56) ECR 133.

(8) Safe for the cases where even stricter requirements apply, such as in the Council where the Consensus model is to be applied in some procedures.