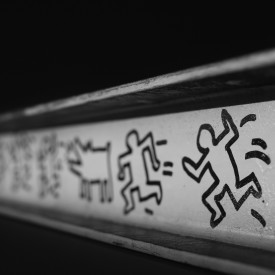 The economic crisis that hit the United States on 2007, and which later spread to the global finance and economy, has had serious consequences on public debts of the European Countries, which have been caught unprepared in the management of such an imbalance and have had to resort to new methods in the management of public finances. The objective of my work is to describe, through an analytical and structural approach, the strategies for reducing public spending and the related major administrative reforms in three countries that have interesting and significant similarities and differences: France, UK and Italy.

In this note, I am going to analyze the territorial reform in the context of the French Modernization of the public action (MAP).

THE LOCAL DIMENSION OF THE MODERNIZATION IN FRANCE

The process of modernization of the public action and spending review in France also involves a great reform of the territorial structure of the Republic. With the slogan “reform the territories to reform France”, starting from 2014, an ambitious project of territorial reorganisation and reconsideration of powers and competences of regional and local authorities has been launched.

However, the project has met with strong reactions and oppositions that prevented the Prime Minister from approving the reform within 2014 as expected. Therefore the reform consists of three acts.

The first part is represented by the Loi de modernisation de l’action publique territoriale et d’affirmation des métropoles (also Loi MAPAM or MAPTAM) of the 27 January 2014, aimed at the clarification of the powers conferred to the different regional and local authorities, as well as the establishment of the metropolitan areas (métropoles), providing them with broad powers.

The second part of the reform consists of the Loi relative à la délimitation des régions of the 16 January 2015, addressed to redraw the map of regions (carte régionale), reducing the number of these institutions and increasing their powers. Moreover, the Law provides to reform the regulation of the regional elections and to modify the election calendar.

The final act of the reform is represented by the Loi portant nouvelle organisation territoriale de la République (Loi NOTRe) of the 7 August 2015, which abolishes the “general clause of competence”, restricting the powers exercisable by local authorities to those expressly conferred by law, and it continues the process of rationalization of local authorities and strengthening of the inter-municipal cooperation. Furthermore, the law reserves to the Regions the exercise of economic powers, reducing the field of departmental competences to those concerning social and territorial solidarity.

The reform originates from the need of simplification that inspires the Government and that has brought to light the problems related to a complex and stratified territorial structure, made even more inefficient by overlapping jurisdictions and duplication of expenses and procedures. In such confusion, the opportunity of the Modernization appeared like a big chance to restore order in the so-called “millefeuille territorial” (101 Departments, 36.783 Municipalities, 27 Regions), so as to simplify the relationship between local authorities and between them and the State and to define clearly, once and for all, the powers attributed at all levels of government.

According to the Government, this simplification process should lead to reduction of waste and increase of efficiency. The Prime Minister has guaranteed that the reform also aims to cut spending, increase service quality and boost economic growth, both at national and local level, while also reducing the taxation.

It is estimated that from the reduction of the financing granted to local authorities should derive a saving of eleven billion of Euros in the first three years, and the Government expects savings of twenty-five billion as probable outcome of the entire operation. After all, it is not new that regional and local authorities are among the main causes of the uncontrolled growth of French public expenditure.

The final objective is certainly the elimination of the Departments (comparable to Italian provinces) as local institutions and the strengthening of the inter-municipal cooperation system, that means the right for Municipalities to resort to forms of cooperation for the exercise of common powers, through institutes of associative or federative nature.

However, it is not all downhill and, to a careful analysis, the different “acts” of the territorial modernization do not seem to be entirely consistent.

The Law on the modernization of territorial public action (Loi MAPAM) aims primarily to outline clearly and precisely the functions of the different levels of government, encouraging the mutual coordination and cooperation. In fact, it provides for the introduction of a principle of free coordination of interventions of the local authorities and establishes a specific Territorial Conference of public action (CTAP) for the promotion of cooperation and the signing of “territorial government Agreements”.

Furthermore the law reintroduces the general clause of competence, which assigns to local authorities the power to intervene on all the matters concerning their territory, regardless of any explicit legislative attribution of competence. The Loi NOTRe, however, has abolished this clause, again in 2015.

In order to define the competences of the local authorities, the law selects specific matters on which each local authority plays a leading role (chefs de filat). The level of government that has the role of “chefs de file” is responsible for determining priorities in the field of powers conferred to it and for the organization of the procedures of exercise of the same powers.

Such leading role is mainly up to the Regions, which are responsible for defining the modalities of joint action in the exercise of powers for planning, economic development, aid to enterprises, transports, innovation and sustainable energy development, protection of biodiversity, support to education and research, identity preservation, protection of the regional traditions, sustainable development of the territory, climate, air quality.

Departments are especially responsible for functions relating to social policy, such as the contribution to the reduction of fuel poverty, solidarity and territorial cohesion, as well as the protection of the autonomy of individuals.

Finally, to Municipalities are reserved competences on sustainable mobility and urban planning.

Tourism, contrary to the provisions of the original project, remains subject to the shared competence of Municipalities, Departments and Regions.

In order to promote cooperation, the law establishes, at regional level, the Territorial Conference of public action (CTAP), to allow the discussion on the procedures for joint action by local communities and their agglomerates. This institution is chaired by the President of the Regional Council and brings together representatives of the local executives at all levels (Regions, Departments, Cities and agglomerations), delegates of Mayors and of the Communities of Municipalities, as well as a representative of the State (the Prefect). Its function is to promote the signing of Territorial Government Agreements, as well as the arrangement of operating Territorial Conventions for the joint exercise of competences (CTEC).

For the purpose of reducing the number of Departments and increasing the role of urban agglomerations, the Law establishes the Metropolises: public institutions for inter-municipal cooperation (EPCI) aimed to gather together several neighbouring Municipalities, in order to share the available resources and realize a common action in the field of planning, economic, social and cultural development of the Region, increase of competitiveness and energy innovation. The Law also provides that Departments and Regions can transfer to Metropolises the exercise of other powers within their remit.

The other Metropolises are the result of the transformation, by decree, of public institutes for inter-municipal co-operation with an independent tax system, with more than four hundred thousand inhabitants, located in an urban area with more than six hundred and fifty thousand inhabitants, in a new and wider local authority. These are the Metropolises of Bordeaux, Grenoble, Lille, Nantes, Nice, Rennes, Rouen, Strasbourg and Toulouse, and they are operative since 1 January 2015.

Finally, still in order to realize a slow and progressive elimination of departmental powers, the Law expands the functions of Municipalities and Inter-communalities. Moreover, the Regions are charged with the management of European funds, for the period 2014-2020.

Exactly the Regions are the main topic of the second act of the reform: the Law on the delimitation of the Regions. This is the core of the reform and expresses all the expectations and purposes of President Hollande. The objective is to change the role of the Departments, gradually emptying them of competences and functionality, until their complete elimination.

However, this purpose will not be achieved before 2020, and the President has postponed this goal, freezing the current situation for five years, due to numerous oppositions and difficulties of a relocation of the staff employed at the Departments.

As mentioned above, the Law implements a substantial reform of the Regions, starting from the consideration that they are the real protagonists of the process of decentralization and territorial development. A benchmark for the management of land and the provision of services to citizens.

These considerations pave the way for the enhancement and strengthening of these institutions, which are projected in a European dimension (it is not by chance that these authorities are in charge of the management of European funds) and to which are attributed wider powers and new responsibilities. The Law has reshaped their boundaries, reducing their number from twenty-two to thirteen and creating a sort of “Super-Regions”, with appropriate financial resources and fewer Assemblies, led by figures that are more competent. These new Super-Regions have full responsibility for aid to enterprises, education and training, employment, transports and major infrastructures.

The third and final act of the territorial reform wanted by President Hollande is the Loi NOTRe, aimed to prosecute the “renovation” of the territorial organization of the Republic, through the consolidation of the role of Regions and the strengthening of inter-municipal cooperation system, continuing the path towards the emptying of the Departments.

As for the Regions, the Law increases their role in economic development, giving them the task of preparing a “regional plan for economic development, innovation and internationalization”, aimed at defining the system of aid to enterprises and which have prescriptive value. The other levels of government can intervene in this matter only in cases expressly provided by law or, failing that, only with the prior consent of the Region. Also in the field of planning and sustainable development, Regions are in charge of preparing a regional plan, the so-called SRADDT (schéma régional d’aménagement et de développement durable du territoire), which has prescriptive value towards planning documents. Finally, Regions have a leading role (chefs de filat) also on tourism. Even in this area, they are in charge of preparing a regional plan, in this case without prescriptive value, although the competence remains shared.

Also powers formerly attributed to the Departments are transferred to the Regions, such as those relating to intercity transports and school transports. At the same time, the Law provides for the transfer to Metropolises of many competences concerning social aid and tourism, previously up to the Departments. Thus, the Departments become institutions in charge of carrying out social solidarity and territorial functions and nothing else.

Furthermore, in order to promote the inter-municipal cooperation system, encouraging mergers of Municipalities and granting a substantial reduction in public expenditure, the Law provides changes in the composition of the Inter-communalities, establishing that since 1 January 2017 each of these communities will gather at least fifteen thousand inhabitants, and not more just five thousand. In this way, the Law promotes the development of the Inter-communalities as institutions closer to citizens, so as to increase the efficiency of the services provided and ensure that these services meet user expectations.