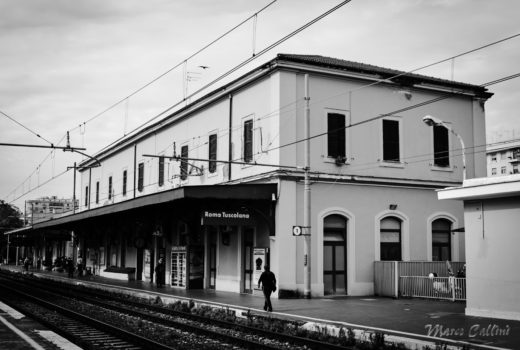 The railways are subjected to the regulatory powers of two Authorities, the new Competition and  Market Authority (CMA)  and the Office of Rail and Road (ORR) . The CMA exercises competition law powers which concern the whole areas of economy (comparable to the Italian Autorità Garante della Concorrenza e del Mercato, AGCM) but at the same time in many sectors it exists another specific authority. In the railways case, the sectoral regulator, the Office of Rail and Road, might use the competition law powers to enforce the prohibitions of anti-competitive agreements and of abuse of dominant position. The ORR, under its areas of competence, conducts investigations concurrently with the CMA. To avoid the so called “double jeopardy”, the Enterprise and Regulatory Reform Act 2013 sets out many previsions concerning the concurrency regime: the most important is the primacy of the general competition law which involves that the sectoral regulators are required to consider whether the use of competition powers is more appropriate than the use of their licence enforcement powers.  Moreover, in those cases where it is possible to demonstrate that the sectoral regulators are not  using sufficiently enough the competition policy instruments, the Secretary of State might remove concurrency powers from the regulator, by assigning them to the CMA. As a consequence, the CMA has the possibility to take a case upon itself, by removing the sectorial authority’s competence, even if the sectoral regulator is already investigating that case. This possibility to remove the other regulators’ competition ought to be rarely used. In order to avoid not satisfactory interferences certain collaboration instruments could be envisaged.  In fact, the Enterprise and Regulatory Reform Act 2013 sets out a number of provisions for improving the working of concurrency and for empowering coordination between the “collective authority” and the sectoral ones. A good instrument for ensuring an effective concurrency framework is the UK Competition network (UKCN). This tool is a valuable forum for granting a high level of cooperation therefore  creating  a more established and effective exercise of competition powers in the whole sectors of the economy. The forum objectives are to improve a stronger competition in order to obtain consumers’ benefits and to avoid anti-competitive practices. In 2013 the members of the UKCN signed a statement of intent (SI) in which it is reported that: the mission of the UKCN will be to promote competition for the benefit of consumers and to prevent anti-competitive behaviour both through facilitating use of competition powers and development of pro-competitive regulatory frameworks, as appropriate . In the aforementioned SI the authorities focus on the best methods to avoid lack of coordination towards the use of competition powers. It primarily needed: to intensify the dialogue, sharing best practice, advocacy, etc. The first of the above methods is the ensure a “strategic dialogue” which implies that the CMA and the Sector Regulatory Heads should participate together -within the UKCN- in a wide strategic dialogue with the aim to exercise competition or regulatory powers seeking:  mutual understanding of market developments, opportunities to shape regulatory frameworks to further competition/prevent anti-competitive behaviour and otherwise use competition tools to benefit consumers/users and the wider economy  understanding developments in the EU and international regimes  identifying common challenges in relation to litigation  taking into account other ex ante regulatory objectives such as ensuring safety of networks and services . Moreover, the authorities should share the best practices in order to realize an efficient integrated control pro-competition system. This cooperation may include the development of common model procedures, sharing of research findings, participation in international benchmarking of best practice and joint workshops.

The CMA also has to sign a Memorandum of Understanding  (MoU) with all the sectoral regulators. For the railways’ regulation, the Memorandum of Understanding between the Competition and Markets Authority and the Office of Rail and Road – concurrent competition powers was signed off in 6th February 2016. The MoU draws on the legislation which sets out the formal framework for how concurrency will operate and also, importantly, sets out our bilateral commitment to look for opportunities to work together, including within the framework of the UKCN, to promote competition for the benefit of consumers . The same MoU defines working arrangements between the two authorities in relation to their concurrent powers, as follows:

In general, the MoU emphasizes the importance of coordination between the authorities, even though in many cases it is not easy to determine good arrangements between themselves. In this case the UK legislation sets out the principle of “the CMA’s supremacy”, which has in fact  the ultimate legal power to take a competition case  meaning that if the coordination method will fail the “preferred Authority” will be the CMA (despite the allocation criteria discussed above).

Most recently, Italy has created the ‘Autorità di regolazione dei Trasporti (ART)’ which is coexisting with the ‘Autorità Garante della Concorrenza e del Mercato (AGCM)’ which has an overarching function of preserving the competition conditions across the whole economy. The borderline between their functions should be that the ART normally operate ex ante by providing rules to block anti-competitive behaviour and the AGM operate ex post by sanctioning the behaviour . However, in the Italian case it is foreseen the possibility of cross check on the transport sector between the two authorities. As a consequence, as it can be deducted from the above sections, the two countries experience similarities whilst at the same time encountering a common problem: to avoid to double interventions which may de facto disempower the regulatory asset. For this reason, in 2014 also the Italian authorities adopted an agreement – Protocollo d’Intesa- to avoid the so called ‘double jeopardy’. Anyhow, in Italy the AGCM does not have a higher hierarchy position than the sectoral one. Of course, even if this is acceptable under the legal status (both the authorities have independent status), it can lead to some potential problems whenever the principles of collaboration and/or coordination fail.