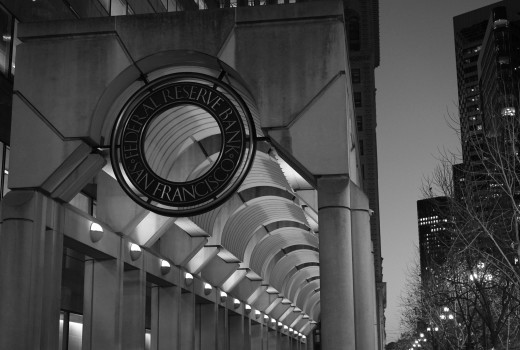 During 2014, the french government issued some guidelines about the State’s behaviour as a shareholder with the goal of reaffirming that investing state resources is necessary. Thanks to those guidelines, the State, with his own funds, must obtain majority or minority shares in some companies. because of its experience the state represents a wise and watchful shareholder. This public action follows four specific goals: to guarantee a sufficient control inside the public company working in strategic or sovereignty matters; to ensure the existence of flexible operators that could satisfy the country’s needs; to go with the development and the stabilization of the companies; to intervene, following the European standards, in the rescue of those company whose collapse could be dangerous for the entire system. The State will act directly, through the Agence des participations de l’État, and indirectly through the Bpifrance, of which the state owns 50% of the shares by the Caisse des Dépôts et consignation; Bpifrance is the majority shareholder in the small and medium enterprises, with the purpose of selling its shares at the end of their development. The State actionnaire could however, and sometimes must, have majority or long lasting shares in the enterprise that works in specific sectors; as a majority shareholder, it will focus on ensuring long lasting success: the quality and coherence of the strategy, of the administrators following the principles of a good governance.

In this scenario, the Agence des participations de l’État (APE), which is the way through which the state operates, has an essential role in reforming the State as a shareholder. The APE was founded in 2004 and it is a service à competence nationale (SNC), in other words an administrative service that operates through the entire country. The APE embodies the state actionnaire’s will, investing the state’s fonds prores in those enterprises operating in strategic sectors. It works to stabilize their capital or to promote their development in a competitive marketplace. The target is to supervise the enterprises’ shares ensuring the coherence of their strategy, the governance’s quality and the observance of the best techniques in matter of company’s responsibility. The APE’s crucial job is to pay attention on the fair salary of the capital and to optimize the profits coming from the investment on the strategic sectors.

In the last years, the state’s portfolio, directly or indirectly detained by the agency, has grown and expanded in different sectors. Owning shareholders in almost 77 enterprises, nowadays the APE invests in 4 tactical sectors: transports, energy, industry and finance. The shares detaining change depending on enterprise and the involved sector. For example, in the transport sector, there were published the terms of reference for the transfer of the French state shareholder in the Airport of Lyon to the private sector. In particular, The Shareholding will be transferred via the sale of 88,799 shares held directly by the State, i.e. 60% off the share capital and voting rights of the Company, to a purchaser.

The essential mission of the French state actionnaire is to actively take part in the corporate bodies. Currently 761 administrators are part of the board of directors and supervisory board of those enterprises that fall within the agency’s perimeter. Through this way, the State can control the governance and can obtain a coherent action between the enterprises, instructing some principles about sensible themes such as those regarding the application of rules about the féminisation phenomenon, the managers’ salary and principles provided by two important charters.

The first one, that follows the APE creation, contains rules for the government of the public companies and is based on two guidelines: the first is about the operation of the corporate bodies and involves the creation of specialized committees and all the other activities involving the corporate bodies’ mission. The other guideline concerns the relationship between institutes and agency, including a periodic report, organizing budget meetings and establishing measures to improve the working knowledge of the enterprises. The State actionnaire, to ensure the compliance of the Chart, shows the annual report to the Parliament through the evaluation of those administrators coming from the agency and working in the corporate bodies.

The second Chart, known as the Charte des 10 engagements pour des achats rensponsable, takes care of the outsourcing. It aspires to develop the relationship between commissioners and contractors, based on thrust to obtain a balanced connection. This Chart was realized by the Médiation inter-enterprises and Compaigne des dirigeants et acheteurs de France to involve the signers to apply the best techniques illustrated by the Chart. Those 10 obligations contain rules such as: the application of the law of economic modernization; to support the partnership with the strategic providers or to take the environmental impacts into consideration.

The Agency is not an independent body, indeed it is controlled by the Ministry of Finance and the Ministry of Economy and Industry. thanks to its intermediary position, the agency is, on one hand, the only one in charge of speaking with the enterprises’ managers; on the other hand it is forced to dialogue with the Court of Auditors, during the control of the companies, and with the Parliament that, through the parliamentary question, can inquire the commissioner of the state shareholdings during the examination of the budget law project.

Supervision and clearness are guaranteed also with the redaction by the APE of the annual report, le rapport de l’état actionnaire (REA). This report contains the financial, human and legal resources and the results obtained during the last years. In 2001 the Ministry of Economy entitled his annual report (before the APE constitution, the report was written by the Ministry) «l’état actionnaire», this was considered a bold title because, first of all, the report concerned public and private companies at the same time, of which the State was the owner and not the shareholder and and also for the idea of a State as shareholder wasn’t yet widespread. Nowadays, however, this term is justified because of three causes.

The first factor is related to the awareness that the State has a specific role as shareholder. We found the second reason in a new reality, where the State is more and more often the effective shareholder in the public sector because, for different motivations, the enterprises depend on the political changes. The third and final cause is that the State makes use of this method to obtain an exclusive or a share control of an enterprise, or to participate actively in its government without have majority shares.

The French state is not anymore a state that employs administrative powers, at this point inappropriate, but a state that knows the economic affairs. This change was caused by the improvements regarding the role of the State, the introduction of the LOLF (an organic law related to the budget laws) and the different failures in the public sector that have promoted the update of a State as a shareholder. This new type of government is based on a governance that allows the restitution of the surveillance duty and the obligation of transparency to the corporate bodies and is based also on a new methods for the government of the State ( such as the Agency).