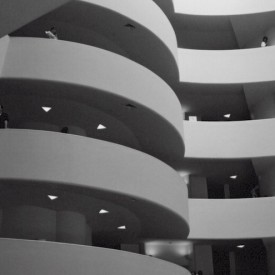 Ronald Reagan in 1986 introduced in the US legislation the False Claim Act: every citizen can sue the public official who violates the fundamental principles which characterize his assignment, seeing paid 15-20 percent of reimbursements obtained from the State at the end of the proceedings.

This is the genesis of whistleblowing, designed instrument for the protection of those who report offenses committed by the public servants.

In the United States the instrument has a distinctly rewarding nature, ensuring a share of the reimbursements to the informer, while in Europe, on the basis of greater attention to the protection of rights, this means of fighting corruption is part of a perspective of protection entity reporting irregularities.

The normative point of reference is represented by art. 1 c. 51 of Law 190/2012 (cd. Anticorruption Law) which inserted a new Article 54-bis in the legislative decree 165/2001: the text of the article emphasizes the protection which must be ensured to the public servant which denounces judicial authority, the Court of Auditors or the National Anti-Corruption authority illegal conduct that has witnessed or of which he has knowledge; he can not be punished, dismissed or subjected to a discriminatory measure having effects on working conditions.

On the basis of these legislative indications the same Anti-Corruption Authority has adopted, with the determination number 6 of 28 April 2015, guidelines for public administrations oriented to highlight two points: on the one hand a more effective protection of the employee-signaller, in any case exposed to the possibility of discriminatory measures in the workplace; on the other hand, the hope that the protection offered to public servants may also be extended to workers employed in the private sector.

Also it lies, adopted at first reading, at the Chamber of Deputies, the text into two articles (bill number 3365) directed toward the preparation of measures to protect the employee reporting unlawful conduct: the first provision covers the public sector and It makes some changes to the text of legislative decree 165/2001, providing the possibility to report any abuse (not just illegal conduct) committed within the administrative machinery; the top hierarchy is replaced by the head of prevention as the entity to which report any illegal, figure specifically responsible for the supervision of this type of behavior; as a further protection to the reporter, his identity will not be disclosed, unless, once checked the validity of the complaint, it is essential to the defense of the accused; last but very important novelty is the penalty function attributed to Anti-corruption Authority that, during the investigatory cured by it, may impose an administrative fine of five thousand to thirty thousand euro to the employer who, as a result of an alert, adopt discriminatory measures against the employee.

If the complaint proves to be unfounded and had ascertained the lack of good faith of the reporting, the latter is subject to disciplinary proceedings.

The second article is dedicated to the protection of whistleblowers in the private sector: the companies are obliged to adopt appropriate measures to protect the confidentiality of the identity of the informant, one of which includes the contestation by computer, and it’s prohibited the recourse to a possible retaliatory or discriminatory act, deeming void any discriminatory dismissal intervened.

The Anti-Corruption Law, a regulatory framework broad, requiring the preparation of a plan of prevention of corruption by public administrations, aimed at a survey about the degree of exposure to corruption phenomena by administrative offices and indicates a number of functional and organizational measures to prevent risks.

One of the actions is the careful selection and training of employees working in the sectors particularly exposed to corruption phenomena which, along with a rotation of directors and officers, allows a careful watch on sensitive functions of public bodies.

As part of these standards the fundamental role is played by the head of the prevention of corruption: he, on the one hand, acts as a catalyst to the employee reports; on the other, performs a specific supervisory role regarding compliance with the qualitative and quantitative standards required by the administrations to their employees.

Specifically, the head of the prevention of corruption proposes Triennial Plan on Prevention and ensures about its proper implementation, defines the procedures for selecting employees and manages the entire training process to prepare workers operating in the sectors most at risk.

If in a public body there is an episode of corruption, the head of the prevention of corruption, after the final judgment, is called upon to respond in accordance with art. 21 of Legislative Decree no. 165/2001, disciplinary, for loss of revenue and the image of the PA; only the proper establishment of the three-year plan and the effective supervision of enforcement of the same, exempting him from liability and from these heavy penalties.

To constantly monitor the correct application of the provisions of the Anti-Corruption Law, by December 15 of each year, the head of the prevention of corruption published on the website, by transmitting simultaneously to the political body, a report describing the results of the activities in the current year.