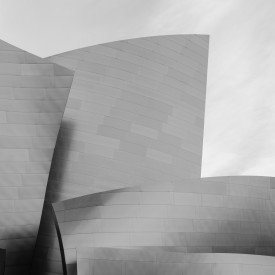 One of the major problems of our time is climate change. Climate change, also called global warming, refers to the rise in average surface temperatures on Earth, mostly due to the human use of fossil fuels which releases carbon dioxide and other greenhouse gases (ghg) into the air. Other human activities, such as agriculture and deforestation, also contribute to the proliferation of greenhouse gases that cause climate change and this has severe effects: e.g warming ocean temperatures are associated with stronger and more frequent storm. The consequences rapresent a serius problem for the international community because the emissions of climate-altering substances produce effects on the whole globe and these are the reasons behind the United Nation Framework Convention on Climate Change (UNFCCC) which was adopted in 1992. The objective of the Convention is to stabilize greenhouse gas concentrations “at a level that would prevent dangerous anthropogenic (human induced) interference with the climate system.” It states that “such a level should be achieved within a time-frame sufficient to allow ecosystems to adapt naturally to climate change, to ensure that food production is not threatened, and to enable economic development to proceed in a sustainable manner”. Industrialized countries are expected to do the most to cut emissions on home ground because they are the source of most past and current greenhouse gas emissions. Furthermore, industrialized nations agree under the Convention to support climate change activities in developing countries by providing financial support for action on climate change.

The concrete implementation of the Convention to fight global warming by reducing greenhouse gas concentrations in the atmosphere is rapresented by the Kyoto Protocol, an international treaty adopted in Kyoto on 11 December 1997 and entered into force on 16 February 2005. The Protocol is based on the principle of common but differentiated responsibilities: it puts the obligation to reduce current emissions on developed countries on the basis that they are historically responsible for the current levels of greenhouse gases in the atmosphere. An important point is that countries must meet their targets primarily through national measures. However, the Protocol also offers them an additional means to meet their targets by way of three flexibility mechanisms:

– Joint implementation: it’s a kind of collaboration between industrialized countries and developing countries which can invest in an emission reduction project (referred to as a “Joint Implementation Project”).

– Clean development mechanism (CDM): the purpose of the CDM is to promote clean development in developing countries through the redistribution of the emission levels of competence of the individual state.

-International emission trading (IET):a state that reduces its emissions more than required by the Kyoto Protocol can sell the surplus to other states which have difficult to reduction target.

In this way, the first step of the European Union’s policy to combat climate change is the introduction of the EU emissions trading system (EU ETS) with the Directive 2003/87/CE. The EU ETS works on the ‘cap and trade’ principle. A ‘cap’, or limit, is set on the total amount of certain greenhouse gases that can be emitted by the factories, power plants and other installations in the system. Within the cap, companies receive or buy emission allowances which they can trade with one another as needed. They can also buy limited amounts of international credits from emission-saving projects around the world. The factories have a possibility to consider more convenient the investment in environmentally sustainable technologies than buying emission allowances . The scheme has been divided into a number of “trading periods”. The first ETS trading period lasted three years, from January 2005 to December 2007. The second trading period ran from January 2008 until December 2012, coinciding with the first commitment period of the Kyoto Protocol. The third trading period began in January 2013 and will span until December 2020. This system of environment protection is based on a market and, in particular, it’s an artificial market which was created by law. The most important innovation is the creation of a “good” that the State decides to allocate to certain subjects.

Finally, the last step is the Paris Agreement. At COP 21 in Paris, Parties to the UNFCCC reached a historic agreement to combat climate change and to accelerate and intensify the actions and investments needed for a sustainable low carbon future. The Paris Agreement’s central aim is to strengthen the global response to the threat of climate change by keeping a global temperature rise this century well below 2 degrees Celsius above pre-industrial levels and to pursue efforts to limit the temperature increase even further to 1.5 degrees Celsius. Additionally, the agreement aims to strengthen the ability of countries to deal with the impacts of climate change. To reach these ambitious goals, appropriate financial flows, a new technology framework and an enhanced capacity building framework will be put in place, thus supporting action by developing countries and the most vulnerable countries, in line with their own national objectives. The Agreement also provides for enhanced transparency of action and support through a more robust transparency framework.