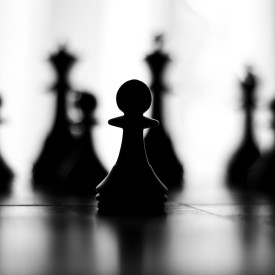 The European Securities and Markets Authority has variegated powers, whose scope is, to date, still evolving. It is of prime importance to examine these powers and understand their potential, their effects on the European financial scenario and, in our case, to contribute to the understanding of European Agencies’ role in the perspective of legal theory.

The Second Chapter of Regulation 1095/2010 (arts. 8-39) defines ESMA’s tasks and powers. Article 8, more specifically, is a pivotal passage to the following parts of the Regulation as in paragraph 1 it elaborates on the specific tasks envisaged for the Authority: ranging from the “contribut[ion] to the establishment of high-quality common regulatory and supervisory standards and practices” to the “foster[ing] of investor protection”, cooperating with the ESRB and holding the remaining tasks from CESR.1

The same Article 8, in paragraph 2, outlines the powers ESMA is provided with in a simple list, referring to the subsequent articles for definitions. The Authority has the power to develop draft regulatory technical standards (RTS) and implementing technical standards (ITS), the two focuses of this note. Additionally, ESMA can: issue guidelines and recommendations, take some specific individual decisions addressed to national regulators or financial market participants,2 issue opinions to the European Parliament, Council or Commission, collect information, develop common methodologies, and create a centrally accessible database of registered participants in European financial markets.

An Overview of RTS and ITS

The procedures envisaged in articles 10 and 15 of the ESMA Regulation (the abovementioned Regulation 1095/2010) for developing draft regulatory technical standards and draft implementing technical standards are apparently the same. A key difference, which is to be noted, sits in Article 11 limiting, as will be clarified, the autonomy of the Authority and Commission with a stricter scrutiny and a time limit. The power to adopt RTS is given on a 4-year basis to the authority, starting on the entry into force of the Regulation, and automatically renewed unless there is an intervention by the Treaty Bodies of Parliament and Council.3.

The procedure for adopting both RTS and ITS requires a number of steps and passages to the public, which appear to mirror the sensitivities of Member States and the different European institutions alike to finding a common ground for delegating power to an Authority. Let alone the concerns over the width of the powers that may be delegated in accordance with the Treaty under existing European law.4

The first step in the approval process is the delegation to the Commission through a legislative act on the part of Treaty Bodies, of the power to adopt such standards; ESMA may then develop draft regulatory technical standards which are then to be submitted to the Commission itself (in what can be defined a double-scrutiny system pivoting on it). Likewise, ESMA can develop draft ITS and submit them to the Commission for endorsement in the same kind of delegated context. A specific legislative focus has been put on the “technical” nature of both RTS and ITS, with the attached constraint that the underlying assessments brought by the Authority shall not imply “strategic decisions or policy choices”.5

Next to the “technical” limit sits the already mentioned legislative delegation limit for RTS. To the contrary, for ITS (the difference between the two standards is rooted in this element) the proposals must de facto identify and propose the content of the regulatory developments for the Directives or Regulations to be implemented. The question remains open, and quite sensitively, for the cases in which strategic or policy decisions are nevertheless involved in delegated acts. Although in these cases the Commission has absolute discretion for rejection or approval, it will be the specific delegation act that defines how far can ESMA’s ‘technicality’ reach for that subject and how much will remain in the hands of the Commission. The key problem stemming from the point is of an extremely practical nature: “drawing the line between purely “technical” standards and those involving policy choices will not be as clear-cut, and some standards that may appear technical in nature may in practice have more far-reaching consequences”.6 This implies, again, that the precise legislative allocation of powers through directives will be of paramount importance in ensuring the correct work of the Authority and the respect of Union Law.

Procedures for adoption of RTS and ITS

The development of both types of standards is subject, as mentioned, to several steps. In the first place, ESMA has to conduct open public consultations on the proposed standards and carry out a cost-benefit analysis, unless such handling would be disproportionate in relation to the scope and impact of the standards concerned. Another exception to public consultations is to be found in the particular urgency of the subject of the proposal. The Authority is also required to request the non-binding opinion of the Securities and Markets Stakeholder Group. Once ESMA has fulfilled the procedural requirements and submitted the draft standards, the Commission has to forward them immediately to the European Parliament and the Council.7

For both RTS and ITS, the Commission has three months from submission on ESMA’s part to endorse it. This is indeed the focal moment of the procedure: the Commission’s endorsement before the other Treaty bodies is, also in general EU Institutional terms, rarely subverted.8 A specific of ITS is that the Commission can extend the evaluation period up to four months from the submission. Additionally, arts. 10(2) and 15(2) provide the Commission with an in-between option: it may endorse the draft standard in part or with amendments, where it deems that the interests of the Union so require. In the case of partial or amended endorsement and in the case that the Commission does not intend to endorse a standard, the draft is sent back with motivation to ESMA and an eventual explanation of the suggested changes.

If ESMA fails to submit a draft within the time limit set out in the Regulation 1095/2010, the Commission may request a new submission within a defined time limit. At this point, in case of further shortcomings on the part of ESMA the Commission can take upon itself the drafting procedure and adopt a standard by means of delegated act.10

In this borderline case, similarly to the requirements that ESMA has to follow when proceeding in the drafting, the Commission has to conduct open public consultations and analyse the potential costs and benefits of the proposed standards, it must also consult the Stakeholder Group for its opinion, and immediately forward the draft to the Parliament and Council. The Commission then has to send its draft standard to ESMA, which has another six week window to amend the draft and submit it in the form of a formal opinion with the same formalities as in the case of amendments proposed by the Commission in the standard procedure. If ESMA newly fails to submit an amended draft within the defined period, the Commission may autonomously adopt the standard. To the contrary, in the case that the Authority does submit an amended draft within the six-week period, the Commission remains free to adopt ESMA’s proposed amendments or adopt the standard with other amendments it considers relevant.11

Once adopted by the Commission, both RTS and ITS need to enter the European legislative ecosystem by means of regulations or decisions of the Commission and are published in the Official Journal of the EU. This signifies that the standards are directly applicable in each Member State without further implementing measures on the part of the Member States. Direct applicability of RTS and ITS appears, in fact, to be the main reason for concern regarding ESMA’s powers, as well as its strenght.12

The current situation and what to expect for standards’ future

An empiric analysis of the adoption processes which took place so far is necessary to understand how the legal principles guiding RTS and ITS adoption has been declined in the practice of administrative rule-making in the Union. Account has to be taken of the limited discretion of the Commission in case ESMA fulfils its duty to revise its proposals, as it can only refuse or adopt the draft. Additionally, the escamotage of confrontation before the Parliament or Council of the Commissioner in charge and the ESMA Chairperson (as mentioned in note 11) seems to have effectively defused conflict between the two institutions and reinforced the effort towards an agreement during the standard procedures. As a mean of evaluation of the collaborative work of the Commission and ESMA it is notable that, to date, more than 150 draft RTS and ITS have been submitted to the Commission, out of these about 100 have been adopted, and there is currently no account of the abovementioned procedure set out in article 14. The standards apply to several of the subjects of competence of ESMA, ranging from OTC trading to MiFID, MiFIR, and transparency in reporting of shareholdings in regulated markets. This information not only hints at a conspicuous use of this instrument on the part of the Commission but also signals a positive response of the Parliament and Council, which have stood by the role and work of the European Securities and Markets Authority.